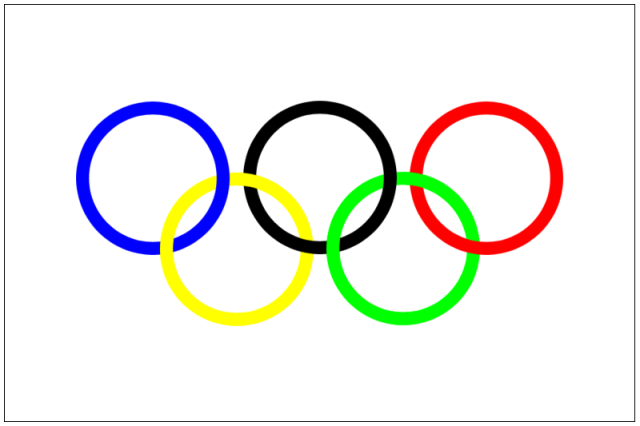 My love of the Olympics is fairly new.  I remember watching it when I was little, but not loving it.  But ever since I started marathoning I have an appreciation for competitive sports.  Even the goofy ones like skeleton and bob sledding, which at first glance don’t even really seem like sports.

Why do I now love and appreciate the Olympics?  Because when I watch the Olympic athletes – whether they are gymnasts, runners, skaters, snow boarders or lugers (is that what you call them??) – they ALL have something in common:  passion, dedication, determination, a love of life and a love of taking their body to the limit of what it can do.

And even though I am far from Olympic with my running, I (and most marathoners that I know) have the same Olympic spirit:  passion, dedication, determination, a love of life and a love of taking my body to the limit of what it can do when I run.

So I especially loved the on demand athlete profile video that I watched last week about Shawn White, snowboarder extraordinaire, who would be going for his 3rd gold in the half pipe in Sochi.  The video was about 45 minutes long and it was, frankly, depressing.  It was about Shaun’s training last year and his attempts (and failure) to achieve a never-before-attempted-trick on the half pipe.  I don’t recall the details of the trick he was trying to do.  A super duper quin-snapple something or other.  What DID strike me about the video was Shaun’s fear and mental block about doing the trick.  When I watched it I thought, “He’s this super star athlete, but he is just like me and half of the “normal” runners that I know”  He was letting his fear and mental attitude prevent him from achieving the trick.  Eventually he gave up on the trick and decided it wasn’t necessary for Sochi and he would try something else.  It struck me as so real.

Then last week we hear the announcement that Shaun White was backing out of the slopestyle event to concentrate on halfpipe because the slopestyle course in Sochi was too “risky”.  And my first thought was “Oh no – his mental block and fear are still with him.” I knew Sochi was going to be a disappointment to him – in terms of competition and getting gold.  Once you have a mental block and fear, you just don’t recover.  Normal people don’t anyway.  Nor do elite athletes, apparently.  He took 4th in the half pipe.

But the best part about the Shaun White story happened in the midst of his Olympic failure – and it is told BEAUTIFULLY – here in this Washington Post article by Mike Wise.  Stop reading my blog and go read the article.  Seriously.  It is moving.  And funny.  And exceptionally well written.

Kudos to Shaun White for being real and for recognizing that there is so much more than gold.  He has demonstrated that even without being on the podium, he has the Olympic Spirit.